Beyond the Iron Curtain – Heiligenkreuz, Austria

Beyond the Iron Curtain – Heiligenkreuz, Austria

February 10-13, 2015 Heiligenkreuz, Austria – The annual conference of the Central and Eastern European Association of Mission Studies (CEEAMS) was held in Heiligenkreuz, near Vienna between the 10th and13th of February 2015. Its theme was, Beyond the Iron Curtain: Being Church in Central and Eastern Europe twenty five years after the political changes. The participants told stories of Christians living and working in that region and analysed the trends in the church and mission after the momentous events of 1989.

CEEAMS, established in 2002, is an international, interdenominational and intercultural body committed to the scholarly study of issues related to Christian mission, especially focusing on Central and Eastern Europe, in order to support, strengthen and equip local congregations to function as open and welcoming communities witnessing to Jesus Christ in today’s world.

The organisers of the conference were concerned to make sure that the events of the 25 years were analysed rigorously. Through the experiences of ‘Iron Curtain’, Europe has been divided in west and east for more than four decades. Christian communities from both sides were challenged to deal with the reality of barbed-wired borders. Therefore the fall of the communist systems had consequences both for east and west. The collapse of the Iron Curtain does not mean it has disappeared, as its rusted pieces continue to influence the life of those who ‘step’ on it. This conference’s objective was to provide an opportunity to theologians-missiologists to reflect on the questions of the extent and the ways in which the communist experiences continue to influence the life of Christian communities in Central and Eastern Europe (CEE) and what it means to be or become church in the post-1989/1990 period.

Often focus is only given to the changes in former communist countries. The present conference departs from the understanding that both west and east are standing on the remnants of the Iron Curtain and therefore it is important to reflect together on the complexities which have been shaping the life, position and form of the Christian communities in Central and Eastern Europe in the last twenty five years. The conference aim was to bring together theologians-missiologists, Master and PhD students researching in mission studies as well as reflective practitioners coming from different confessional backgrounds.

But this rigour didn’t not leave the practical consequences on the side. Each speaker was encouraged to draw out the meaning of these stories and analysis for the present and future mission of the church here in Central and Eastern Europe. The scene was set in the first two papers given on Tuesday night and Wednesday morning. These sessions established the fundamental approaches of this conference; viz. personal and praxis orientated approaches.

It has been said that all theology is ultimately biographical. To achieve this the conference began by Prof. Dr. Peter Penner describing his pilgrimage in mission from being born as an ethnic German in Kazakhstan, at that time still part of the Soviet Union, as a teenager moving with his family to Germany. Since his studies of theology in Germany, he has served in a number of leadership positions in theological institutions became subsequently widely known as a leading mission thinker in Central and Eastern Europe. This personal approach was followed by subsequent speakers.

The second fundamental approach was established by Prof. Dr. Anne-Marie Kool. She argued that in theology and missiology there is often a dichotomy between theory and practice. On one hand, theology and theological education can remain at the abstract level, not dealing with the context, and, therefore, have no relevance to practical church and mission life. On the other hand, mission can ignore the importance reflecting critically upon mission in the light of the gospel. Missiology must begin with understanding the context where we are placed, taking the issues the context raises, to the gospel and reflect upon the context critically from a biblical-theological perspective. The other speakers followed closely this approach.

In the light of this personal and praxis orientated approach, after each paper, there was vigorous discussion and debate around the subjects expounded. The papers were wide and varied but all focussed upon how the Christian church existed in the past 25 years and how it should move forward into the future.

There are some interesting facts to note within this width and variety. The variety of speakers was very wide. One third of the speakers in the devotional times and the papers were female; an impressive number for missiological conferences! There were also a good number of younger speakers (under 30). They also came from a wide variety of confessions (Protestant, evangelical, Baptist, Orthodox and Roman Catholic) with the majority being local to Central and Eastern Europe as well as others from Western Europe. The thirty participants represented 13 different nationalities.

Not only were the speakers varied but the contexts of reflection were also varied. There were papers on the whole region but also on various countries (Russia, Kyrgyzstan, Ukraine, Bulgaria, Moldova, East Germany, Czech Republic, Slovakia, Romania and Poland). The denominational contexts were also varied (Orthodox, Roman Catholic, Baptist, Lutheran, Protestant and Pentecostal).

In addition to the variety of contexts, the approaches to the subjects were varied. Approaches including statistical analysis, critical comparison and use of missiological models (Niebuhr’s “Christ and Culture”, the Pastoral Circle, critical postmodernity and generational analysis).

This conference covered a multitude of themes, with a multitude of approaches, in multitude of contexts, by a multitude of speakers, using a personal and praxis orientated approach. The reflection was rigorous, personal and practical. The participants left enriched by the experience of the papers and dialogue. They also have the possibility of bibliographic material, which will help the Churches, missionaries and agencies to approach mission in Central and Eastern Europe in a more theologically coherent way and be more practically equipped to fulfil this task. 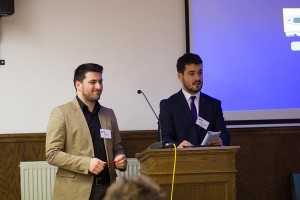 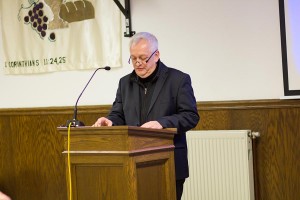 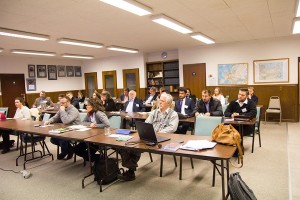 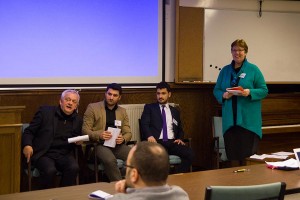