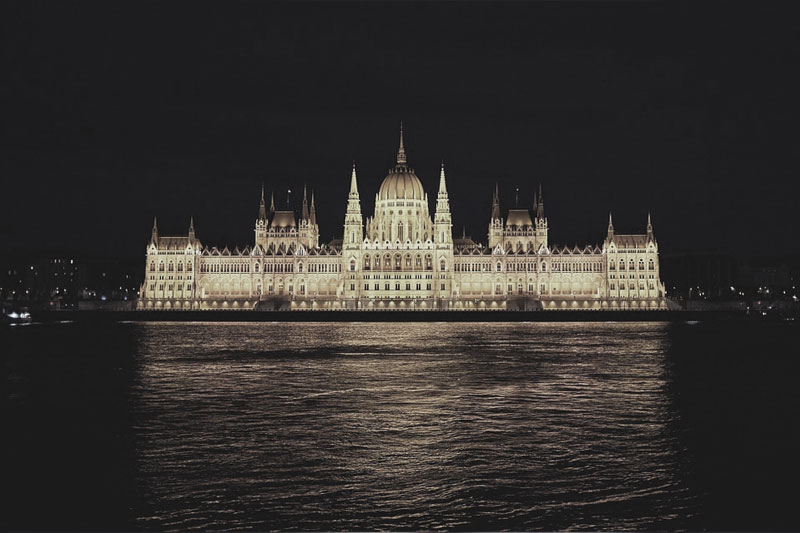 The main events of the first day of the conference were the General Assembly and first exchange of information organized in the form of short and reflective case studies connected to countries.

The initially asked preparatory questions on which participants could reflect in advance for their imput during the general assembly and beyond were:

The members of the preparatory group represented both Romanian Orthodox Church and several Protestant denominations.

Both Orthodox and Protestant representants.

In the Czech Republic and Slovakia the number of Protestants is small. 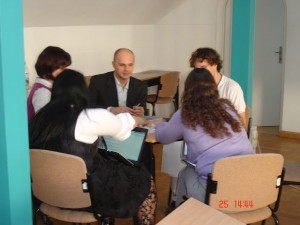 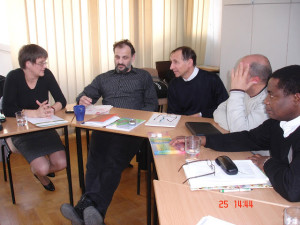 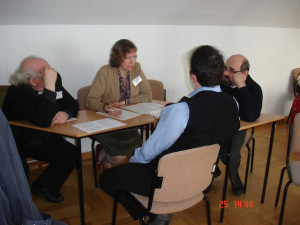 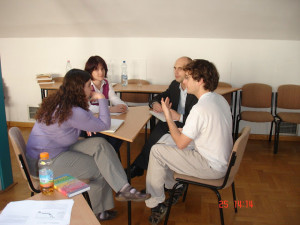 After a short devotion/morning prayers (substantially enriched by a contribution from our African colleague, Raymond), Anne-Marie Kool introduced the participants to the topic of the day – research. Missiological research, if oriented toward the question “What is good for the church?”, can be compared to a diagnosis trying to find the correct medicine. Anne-Marie talked a bit about one of her research interests, namely the revival of the church and Roma mission, and then asked the question on which the participants’ work of the day was supposed to concentrate: How to conduct research work in such a way that this will be relevant for the larger Christian community? The participants then worked in smaller groups in order to discuss and consequently to give account of the proceeding missiological research in respective countries.

The results were as follows:

The topics were Spirituality, Roma mission, and Gospel & Culture. Conversely, the proposals were presented by representatives of the respective groups, while the rest of the participants were offering a subsequent (positively) critical feedback/evaluation.

At the end of this session, the participants “skyped” with Scott Klingsmith, the chief editor of Acta Missiologiae, who introduced them to this missiological journal. 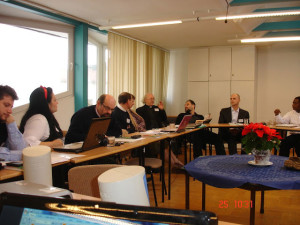 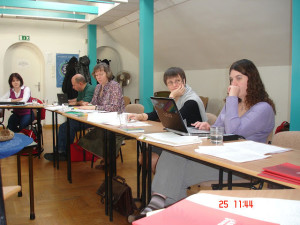 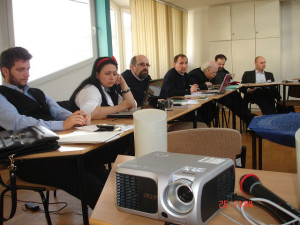 The third day of the Conference was the Symposium Edinburgh 2010 and the Future of Theological Education in the 21st Century in Central and Eastern Europe. After a short opening and word of welcome a presentation on the major developments and challenges since Edinburgh 1910: – a Central European perspective was given. This was followed by a session on the relevance of the World Study Report on Theological Education 2009 of the Edinburgh Study Group. Discussion followed the session. The diverse program in the morning continued with talking from different perspectives about the challenges and opportunities for theological education.

The afternoon continued with the Forum: Edinburgh and the future of theological education in the 21st century in Hungary, Closing of CEEAMS Conference and Symposium. The Public Lecture of Prof. Dr. Darrell Guder, Princeton Theological Seminary, followed by discussion was another highlight of the day.
The three days conference finally ended with a reception at which the price of the academic essay competition “Together witnessing to Christ today” has been awarded.

“I think this day offered me (and I believe all of my fellow participants) a great chance to gain a deeper insight into what is going on in missiological research in various countries from Central and Eastern European region. For me, it was fascinating to compare and contrast the differences as well as to search for similarities. In addition, I was able to build initial contacts with fellow researchers which I definitely intend on using in the future for cooperation on various research projects. From the sessions of this day one is able to see that even though a major progress has been done in missiology in our region, we are still at the beginning and much more needs to be done. For example, significant contextual analyses are still lacking. Moreover, we are in need of good resources – literature, methodologies, staff, etc. It has become apparent that to prepare a good proposal for a research project might be a problem, too, not to mention finding a funding. For me personally, this seminar was very valuable and I think there should be subsequent meeting which could build upon what has been initiated in Budapest in November 2010.”

“The very fact of carrying out Annual CEEAMS conference makes a member of Association and a participant of the conference grateful to you. To prepare a conference is a hard job, involving finding financial support, gathering participants from about all of the East and the Central Europe.”

“It is obvious that such meetings of missiologists from various countries representing the basic Christian Churches are always very actual (especially for us post-communist countries who have so much in common). But it is especially actual in the year of a centenary of the conference in Edinburgh. The choice of a theme of a meeting and structure of work of conference proved successful. It is joyful to see new and young participants that testifies to significant development of our Association.”

“Inclusion in the program «Symposium Edinburgh 2010 and the Future of Theological Education in the 21st Century in Central and Eastern Europe» and invitation Prof. Dr. Darrell Guder, dean emeritus at the Princeton Theological Seminary, with the report «An overseas perspective» was especially important.”

“As always, inspiring were personal meetings of participants from different countries. Being in contact with, say our Romanian and Bulgarian colleagues, I was happy to talk with the participant from Georgia, missiological and cultural dialoguing with whom enriched me with fresh and very important experience. “

“The conference gave me many new ideas and enthusiasm for our work and I am looking forward to continue fostering the newly built ties and relations.”